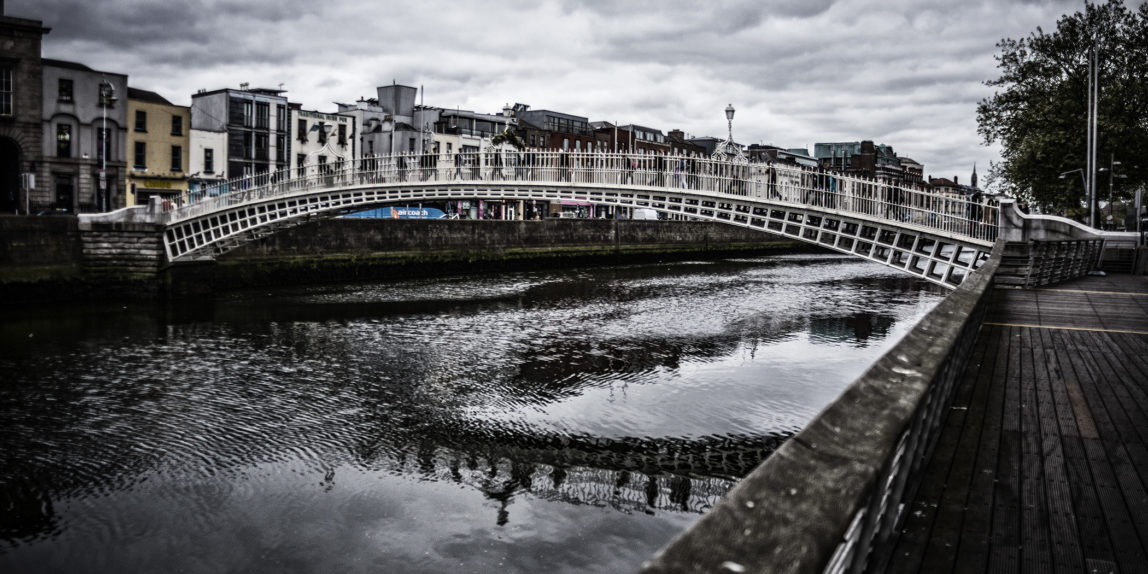 When we went for a one day trip to Dublin, it was May 25th or – if you like it more – on a “International italian fries selling shops in Ireland day”. It’s a day, when all irish people have a greasy fish&chips at one of the italian bistro. You can tell it’s a real italian bistro according to letter “O” at the end of the bistro’s name, for example FaustinO, MarinO or RalphinO.
To be honest we weren’t really in a mood for sipping burnt oil out of a newspaper from beneath a fish, so we decided to have a fish&chips at Czech Inn, typical czech pub on Essex Street, Temple Bar.

The Codfish was lovely but the trimming in the form of flavourless chopped vegetables reminded us home very hard.

Our server was a slovakian guy, we had a czech beer and then we had a good laugh over photos on the wall. It’s extremly strange, you see, which czech people are important and interesting for Ireland, like Gabriela Beňačková or Bertha von Suttner. Well, there’s no accounting for taste…

On the other hand, it’s very well known that people in Czech mostly don’t know any irish famous people except for Michael Flatley and Saint Patrick, and if so we don’t put their photos on the pub’s wall.

With heavy hearts we were watching striking tram drivers and we were missing czech public transportation. Sometimes we think, that czech trains are delayed, but now we know it’s nothing in compare with Dublin trams.

We walked around typical city landmarks very slowly, took a photos, made some videos, luxuriated and explored well known and also not so famous sculptures and buildings. Like the sculpture called “Kids celebrating new milenium”. Well… they are indeed children, but that’s all.

They are not celebrating anything in any way. Rather then celebrating they look like they are trying to pull the middle child, a girl, somewhere into a dark tunnel and hurt her really bad. Strange. But tourists are happy with it and taking photos and posing next to it. I don’t know, maybe we are only two people, who actually see, how horribly wrong it is.
Also in Dublin lots of people sleep on the benches. On the riverbank right next to the Ha’penny Bridge was some hitchhiker sleeping comfortably in a sleeping bag, and for a change we saw a Jesus sleeping on a bench wrapped in the attire in front of the Christ Church Cathedral.

We didn’t have so much time, so we ran rather then slept on the benches around the city.
Besides watching everything we were also listening to every conversation around us, for instance, some tour guide at Trinity College. Because of this we learnt that the sculpture of former university dean George Salomon was build just because he saved enough money for it, not that he would do anything great or meaningful for this university. He simply wanted his own sculpture, cause he wanted to be here forever. Hooray! He’s still here.
A bit of legends for a cowards. Never walk under the bell tower in the middle of the campus square at midnight or at noon. The reason? You will never pass the finals at school then. So now you know it… just in case you would study here…